COVID-19 FREIGHT DELAYS - We are seeing several days delay on freight, and even no deliveries to certain hotspots.

Fifteen large hospitals in Libya, all of which are state-owned, are now able to provide the standard of patient care thanks to reliable power.

The electricity grid in Libya suffers from frequent blackouts and brown-outs with the network voltage often falling from 220V to 170V. Power distortion has been measured at up to 54%, with the result that it is simply not possible to sustain the operation of sensitive medical equipment. 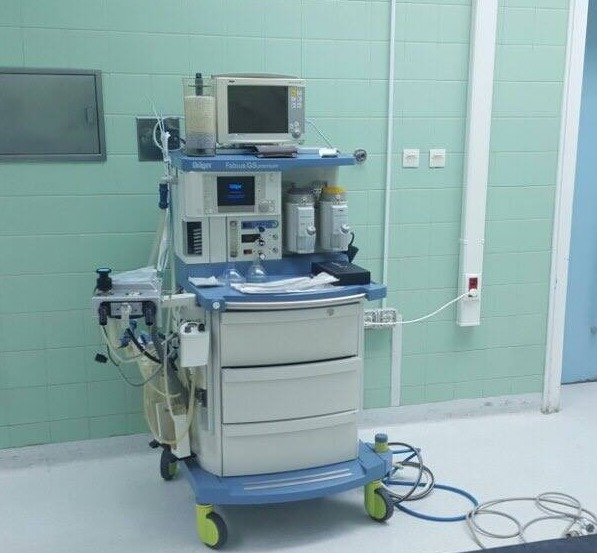 During blackouts, power was provided by overworked generators which would often fail after 10 or 12 hours – either because of mechanical problems, or they simply ran out of fuel. The results of these failures can only be imagined.

In the smaller cities of the south, whenever someone presented at the hospital – for an operation, or for the birth of a child – family members would arrive at the facility carrying 200 litres of fuel so as to ensure that the power didn’t fail during their loved one's medical procedure. In these cities, everyone knows everyone else, so it became the normal practice to phone the hospital ahead of a patient’s arrival, and ask: ‘What do you need in order to function properly?’

Even regular life-saving procedures such as kidney dialysis could not be guaranteed to be delivered safely and successfully. 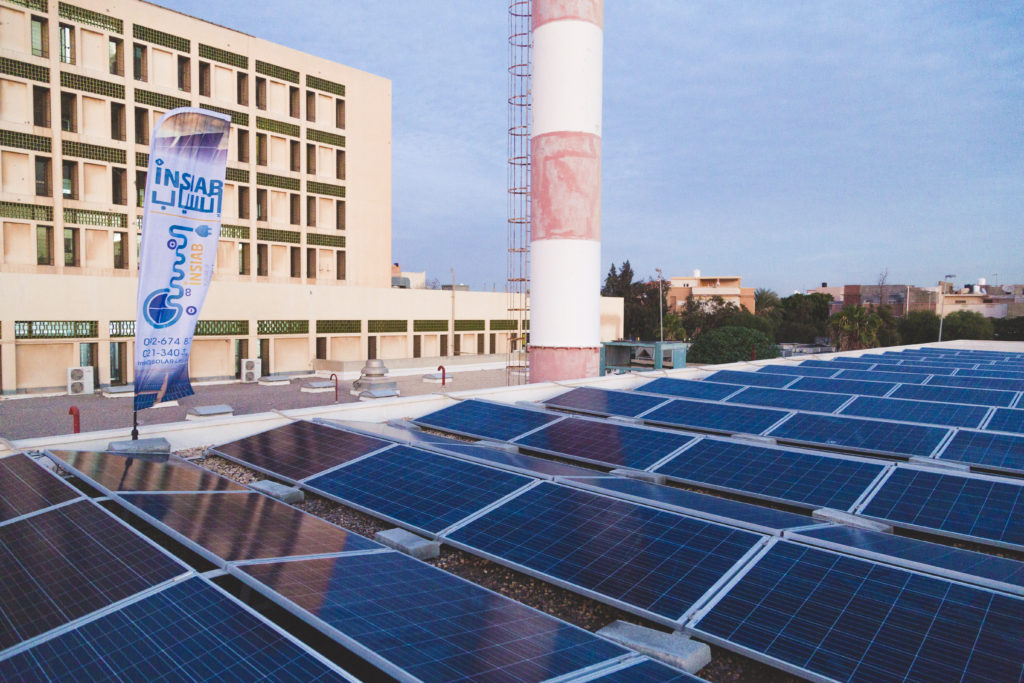 All that has now changed in these fifteen important hospitals thanks to solar-based energy installations carried out by the country’s largest solar power installer. The project was funded by the UNDP, the contractor is Gsol Energy and their partner in Libya Insiab.

Ubari General Hospital has a typical installation and benefits from:

All except for one of Insiab’s fifteen hospital installations retains a grid connection – the exception being a location where the grid was so unreliable that it was not worthwhile to make a connection. 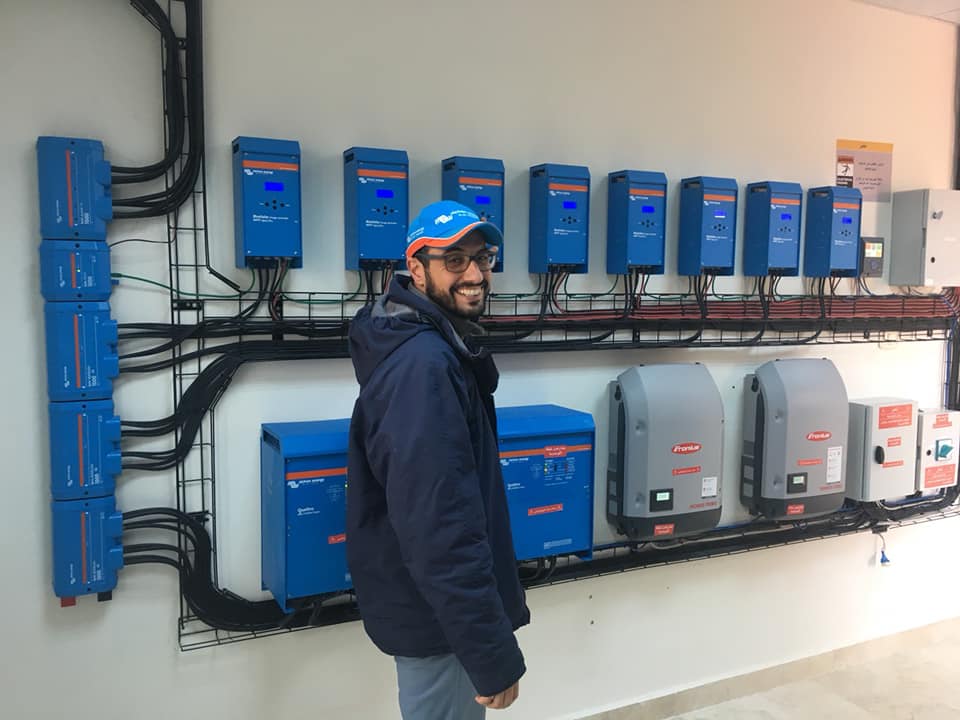 At the other end of the spectrum, one of the hospitals expressed surprise at being included in the private energy programme claiming that the electricity grid was very reliable. It turned out to be extremely lucky that the installation went ahead because two days after completion, the ‘usually reliable grid’ failed completely for two whole days – an event for which the hospital could not have been prepared. 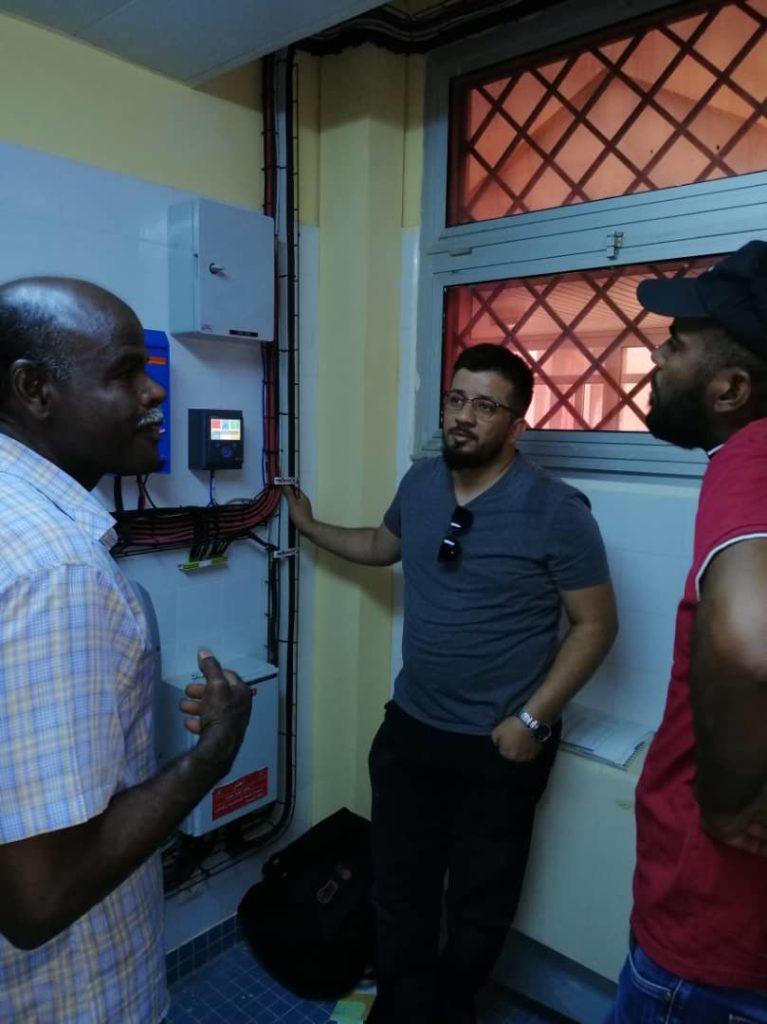 Daily consumption at the hospital rises to 160kWh. Daytime consumption is easily met, and there is a reserve capacity in the battery of 80kWh.

This programme of installing secure power began in 2017 – the passage of time has proven the installations to be 100% reliable in all cases. So successful, in fact, that not only are necessary power requirements in the Intensive Care Unit, Operating Room and Emergency Room are met, but the installations can be reprogrammed to provide power back to the grid – improving reliability for other users.

Insiab Libya Solar pride themselves on the professional standard of their installations using world-class electronics, installed by highly trained engineers. In other projects, they secure the power for telecoms networks, and for Internet Service Providers – ensuring that Libya’s utilities benefit from full up-time.

Insiab are passionate about encouraging the Libyan government – a country rich in oil – to take advantage of solar. A recent project to light the streets in the city of Sabha has seen the installation of over 1000 solar streetlamps – a project which has been successful on many levels: unlit streets provide opportunities for crime – such as kidnapping, which is prevalent in the city – and also an excessive number of road accidents which result simply because drivers can not see the dangers around them, resulting too often in serious injury and death. The street lighting project has changed the environment completely; people now feel safe when walking the street. A project to install a further 3000 streetlamps in Libya is underway. 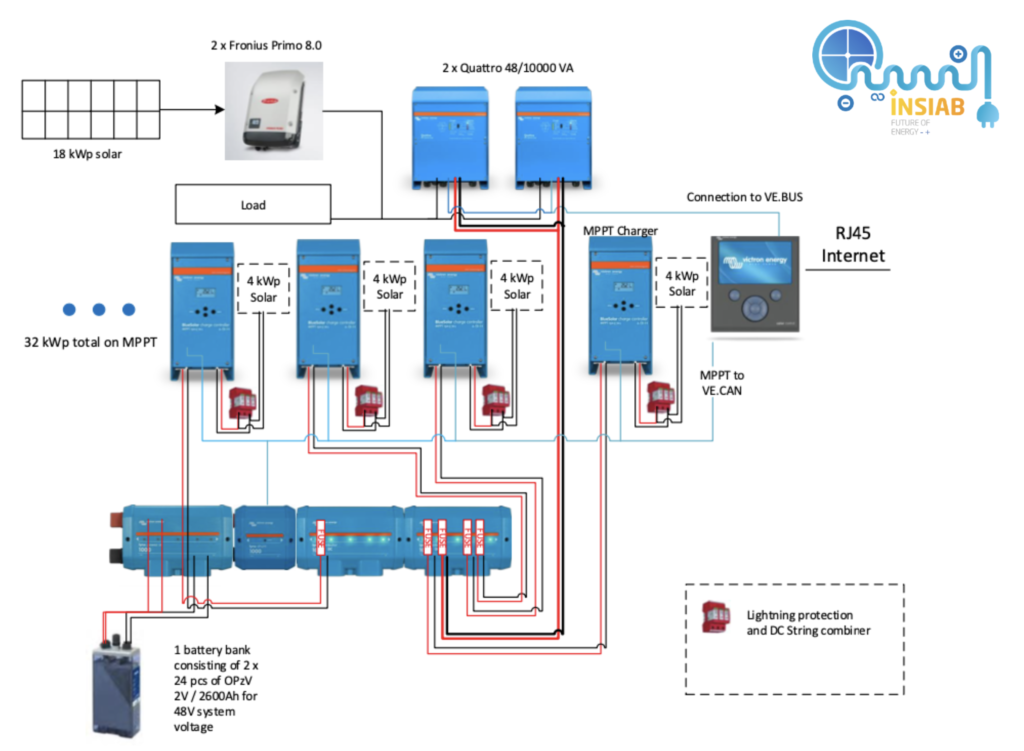 Students from the Institute of Electrical and Electronics Engineers (IEEE) facility in Tripoli University enjoyed a site visit hosted by Insiab to one of the 15 systems in Tripoli. They were given a tour of the system; learn about its design; the reason behind the choice of components; and how it functions. 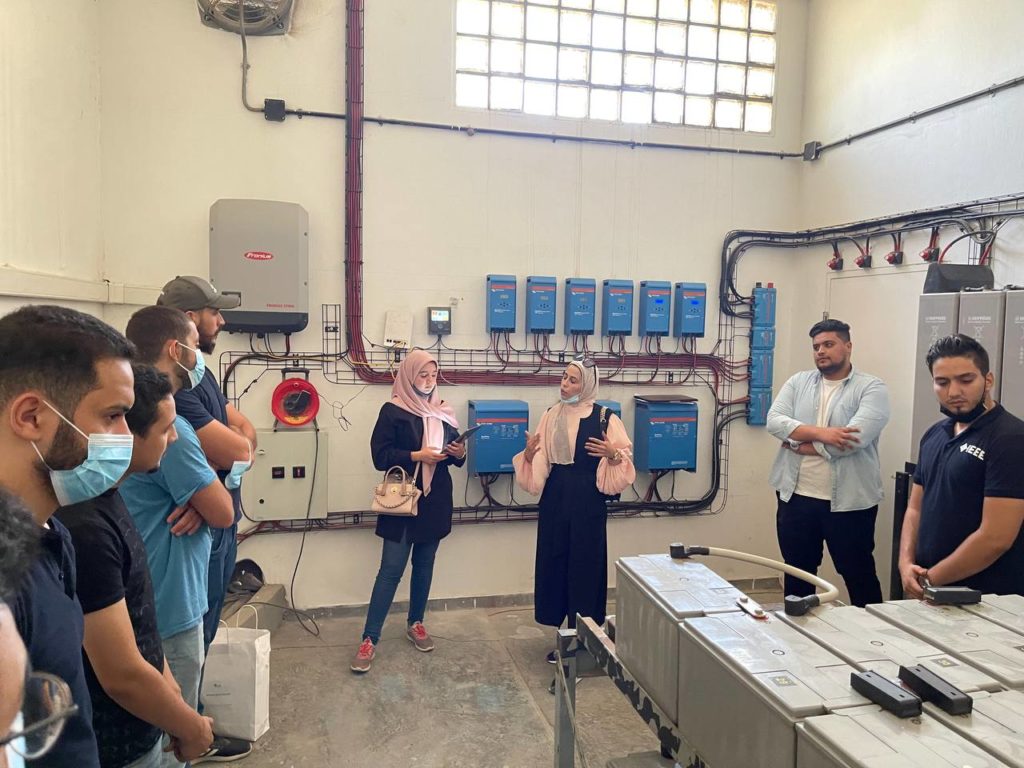 After the war in Tripoli, followed by covid restrictions, student-learning has been much-disrupted: this visit offered them hope of a return to normal, and inspiration for the future – as well as demonstrating the long-term stability efficiency of the system which has been working faultlessly since its installation five years ago. 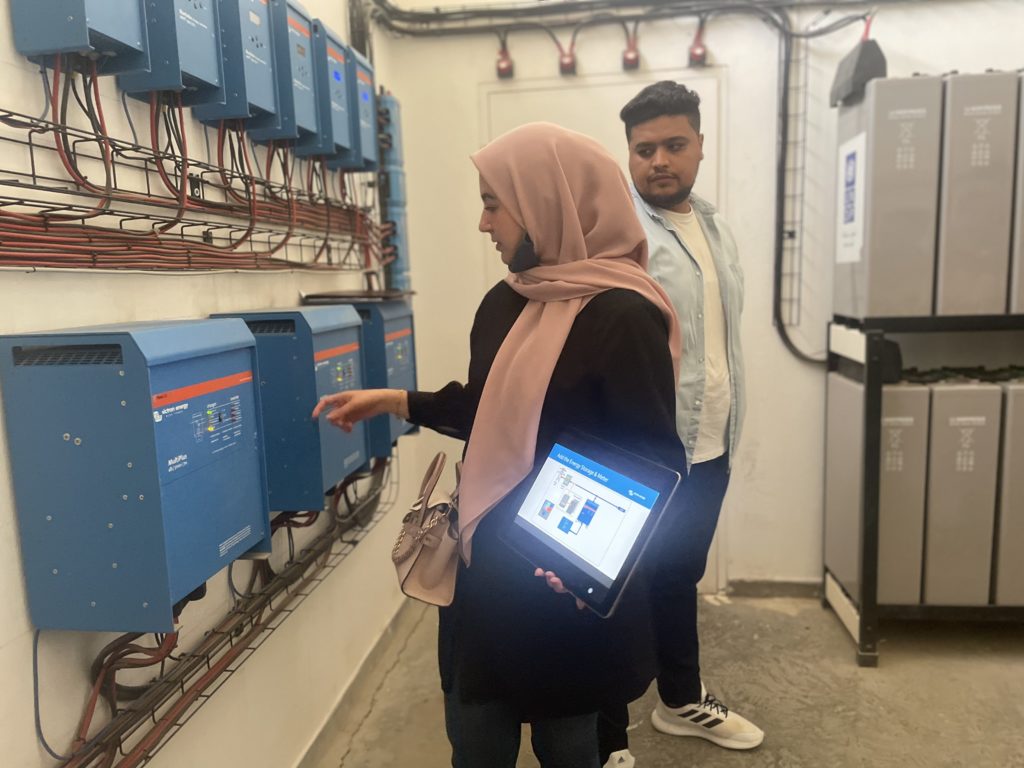 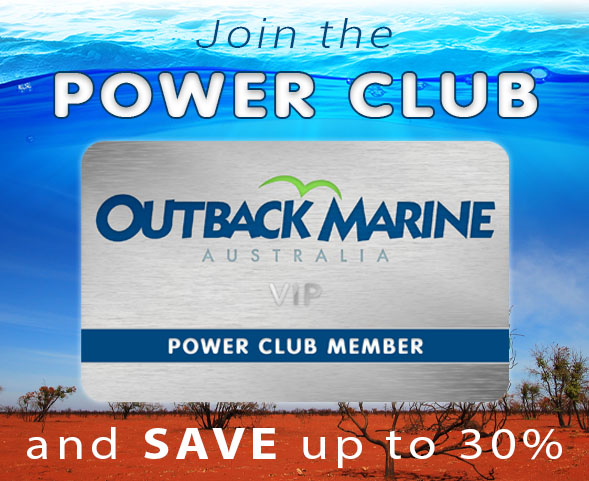