The DCDT2A is a DC power distribution board facility with built in Battery Management System support for a Lithium Ion house battery bank.

This DCDT2A board supports a system that has a single house battery bank and a seperate starter battery. This type of system is used when an engine alternator is used for house battery charging. A battery solenoid switch is used to isolate the house battery from the system in case of an emergency situation - for example an electrically driven fire caused by a short circuit or a BMS issue. Fuses mounted on the positive bus bar protect outgoing circuits. A negative bus bar provides a ground return path.

The battery management system controller (sold seperately) has command over the solenoid switches on the DCDT2 board. It monitors the voltage, current and temperature of the house battery and the voltage of the engine side positive bus. Based on the monitored data, the BMS controller supervises the electrical system operation. It continually monitors the health of the house battery and can take control to protect it from harmful operation. 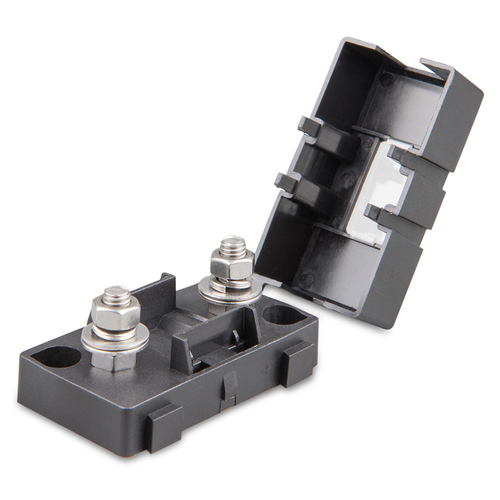